Medical information confidentiality – little of it at Bonitas 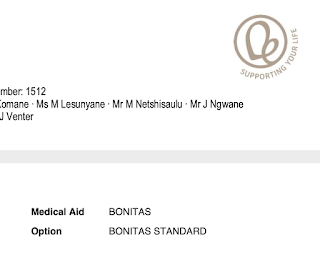 Bonitas medical fund has for years now been sending me loads of confidential medical information regarding one of their members by e-mail. Presumably, an address had either been given incorrectly by the patient or captured incorrectly by Bonitas. Despite the fact that I have written to inform them of this, the e-mails have not stopped coming.

A recent one deals with a claim for OTHER SPECIFIED MISADVENTURES DURING SURGICAL AND MEDICAL CARE (codeY65.8) which leaves me wondering about the code for unspecified misadventures might be and why this is not something that the medical services provider should fix for their own account. Nevertheless, the privacy of the patient is being egregiously violated and (of course) she has no way of knowing this. Both the e-mail and the letter contain the following text.

This information is confidential and only intended for the beneficiary specified above, or in the case of a minor, the legal guardian or parent. The sender hereof cannot be held responsible for what happens if the recipient shares this information with any other person.

In other words, Bonitas cavalierly indemnifies themselves and me – surely a legal impossibility – from whatever happens to this information. In any event, service providers can avoid a lot of this mess by using the Yimi or Yimi1234 systems for obtaining patient information. Bonitas might want to get their house in order.
By / Deur Petrus Geen opmerkings nie:

An older lady of my acquaintance recently had to drive 20km to visit the branch of a well-known South African bank in order to make a transfer to another account at the same bank even though she uses Internet banking. It was a somewhat larger amount than usual and her mistake was using the comma as thousands' separator. Why? Since that was how the bank also displayed numbers on the same page. Very recently, I had the same problem at another bank. If you include a space in the amount, it is rejected even though the bank displays the space itself, right at the next step. Now, since we officially use the comma as decimal symbol one can understand a reluctance to allow it as a thousands' separator when using the decimal point as most banking applications do. Why the space is forbidden, I do not know as it clearly makes the number more reasonably and a few lines of JavaScript can remove it when the transaction is submitted. The same is true for telephone numbers. User Experience: fail. 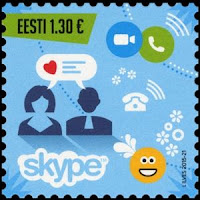 Bibliography tools for easy referencing of an academic paper 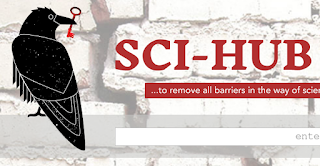 Nowadays, when I quickly need to write a report or paper with academic references, my methodology is to first complete a list of references and try to download all the papers and other sources that I think I might use. Since it is very convenient to write using the Markdown language and use BibTeX source files for citations (since this allows for later easy formatting and reformatting) it helps to first get the BibTeX references for each paper.

This is easiest using doi2bib which provides the BibTeX from a DOI number or address. The DOI is a generally used universal identifier for much technical literature. Incidentally, the easiest tool for obtaining the papers themselves is the cooperative or pirate (depending on your point of view) site Sci-Hub which uses the same DOI to get the paper itself from behind the paywall. Naturally, Sci-Hub is probably in serious violation of ordinary copyright but I think the users, especially if they are already entitled to access the material they seek but in a less convenient way, might consider it to be fair use and moderately unobjectionable.
By / Deur Petrus Geen opmerkings nie: 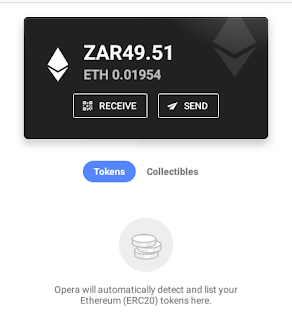 Update on 10 May 2019: the private keys are not actually stored on other device but only on the phone. There is a complicated messaging going on because apparently Opera lets you use the phone version of the wallet from the desktop but the keys for signing are not on the desktop. I am no longer so sure how much I like it...
By / Deur Petrus Geen opmerkings nie:

One reason why apps work – the user is in control

Never choose to pay in 'your' currency

Why do we get asked whether we want to be charged in dollar/dirham/euro or our own currency so often? Well, it is not really a convenience – it is basically a way to charge a hefty fee in exchange for giving a price total that is in your currency but might not be what you actually pay! Why not? Well, the ZAR amount (for example) might anyway be converted into dollars and back to rand again when it goes off on your account. The hefty fee comes in with the exchange rage. In this morning's transaction, Amazon quoted R13,91 per dollar but the headline rate at the time was R13,39 which is quite a big difference. In the end, the amount actually charged to my card (in ZAR) was almost R250 less than the ZAR amount quoted by Amazon. Caveat Emptor.
By / Deur Petrus Geen opmerkings nie:

User interface confusion remains a feature of everyday IT usage... and so does the perennial problem of the escaped character (\'). This time on the Emirates website, I think. When the computers start learning how to fix this kind of problem themselves, I shall start getting worried. ;-) :-)