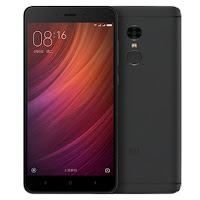 Xiaomi's been my preferred brand for my Android phones for a while and there's been a lot to like: low price, little bloatware and a nice and clean look. For Christmas, I bought myself a Redmi Note 4 "High Edition" in Bangkok for $200 and this is by far the nicest phone that I have ever had! 4GB an d 64GB, excellent cameras (a flash in front as well but the iPhone still takes much better pictures in low light), fantastic screen resolution and a fast processor. It's quite a large phone but just right for my spreading paws and it has the best feature of some recent Xiaomi devices: the fingerprint reader at the back, just below the camera and next to where your index finger is anyway. It is also simply an attractive device. Did I mention battery life? Two days with heavy use, no problem.

Continue not watching on Netflix (via Thailand)

Preparing for two long flights back from the Andaman coast earlier in the year, I downloaded two new episodes of the Breaking Bad spinoff prequel Better Call Saul on Netflix on my iPad. I was looking forward to the new series but somehow did not get around to watching it on the flight. When I arrived back in Pretoria though, I decided to watch Better Call Saul the same evening but Netflix suddenly announced that the series was not available in my (then) current location. Similar things had happened before so I tried putting the iPad in flight mode and – voilà! – the series was suddenly available again.

Of course, copyright is territorial but I feel there are possibly conflicting consumer rights, possibly under South African law. After all, Netflix thought it legal for me to download the episode when I was in Thailand and, indeed, would have let me watch the episodes while flying over SA if my iPad had been in flight mode. As far as I am concerned, I acquired the right to watch the episode in Thailand and if Netflix will not let me watch it in Africa, they should refund part of my subscription.

The issue reminds me of Kirtsaeng v. Wiley, 568 U.S. 519, 133 S. Ct. 1351 (2013, United States Supreme Court) which found that the US first-sale doctrine held for works published abroad, i.e. that the copyright owners cannot restrict the use, resale (and reimportation) of legally published material into the US. Kirtsaeng had imported textbooks legally published in Thailand and resold them in the US. Digital works are treated specially in many countries but I am looking forward to some interesting developments in this respect, especially since it is so counter-intuitive that in the online world, one's physical location should determine which material one is able to consume.
By / Deur Petrus 1 opmerking:
Nuwer plasings Ouer plasings Tuis
Teken in op: Plasings (Atom)