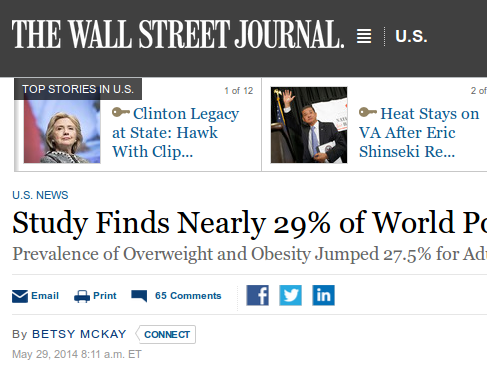 
But according to my calculation, close to an even 50% of the world's population lives in six of those countries: China, India, the US, Indonesia, Brazil and Pakistan. The only countries in the population top-10 not in the obesity top-10 are in fact Nigeria, Bangladesh and Japan and for what I would say are very obvious reasons. Ditto the "big three" of Egypt, Mexico and Germany – pretzel, taco or subsidised bread anyone? Reporting the blindingly obvious as news is not new but one has to wonder whether this is the best or the worst of The Times... BTW, they "cited South Africa as an extreme case: 42% of women are obese" which you can learn by stepping off a plane (or often, just on an SAA plane).
By / Deur Petrus