I just finished reading (on the beach) Pinball Games by George Eber, a book recommended (I think) by a year-end edition of Forbes magazine, dealing with the War and subsequent Russian occupation of Hungary. It was very informative and although it covers a sombre period, very amusing and sweet in places. Nevertheless, there were some very problems with the edition.

The book was actually rather moving and one has to admire the fortitude of the author and other characters. It was also a beautiful insight into the lives of the bourgeoisie of pre-War Budapest and contained many interesting vignettes of economic life during the difficult years. Nevertheless, I think that the traditional publishing industry needs to produce a much higher-quality product if it wants to distinguish itself from new media but perhaps they have already given up...
By / Deur Petrus Geen opmerkings nie:

On the highly artificial (recently introduced) shopping event known as "Black Friday", the otherwise not very reliable SABC reports that "the TV Licence validation server was overwhelmed by the abnormal increase in validation requests from retailers due to the Black Friday deals which resulted in the server timing out between 07:00 and 10:30". Of course, there were no reports of point-of-sales systems or mobile networks going down... I will try to explain here why this breakdown was complete unnecessary.

Retailers have to see an SA ID document (or, sometimes, photocopy or photo of one) and verify that the person to whom the ID number belongs has a valid television licence. Now, this information is not updated frequently since a licence is valid for one year and, frankly, I don't think many new licences are being issued. It would therefore be sufficient to publish (and distribute) a list of ID numbers for which a valid licence exists but this presents two problems.


Both issues would be addressed by publishing a list of hashed ID numbers and allowing retailers to store a local copy. A hash function is a one-way function f that would work as follows. First, the SABC publishes a list of all f(x) where x runs over the ID numbers of persons with a valid licence. For technical reasons, we might prepend the digit 1 to the ID number. The essence of the one-way function is that if you are given f(x) (the hashed value), it is in practice impossible to compute x from it although the forward calculation is quite easy.

The list of hashed ID numbers cannot be used therefore to extract any specific ID number but the holder of a valid licence could present their ID number x to the retailer who would quickly compute f(x) and compare f(x) to the published list, a copy of which the reailer will have. If this f(x) is on the list then there is a valid television licence and the retailer can go ahead to make the sale without consulting the SABC server.

It would be necessary to update the list with some (not very specific) frequency but this could be done at any time and will not disrupt sales to customers. In a follow-up post, I shall describe an example of such a one-way function. The image of the sometimes SABC CEO and high-school dropout above is used without permission but under the assumption that it constitutes fair use under SA copyright law. In fairness, I should say that I once had good service from the SABC when I needed to cancel a licence but my friends regard this as unusual and strange. 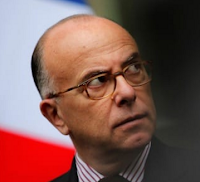 According to Wikipedia, when "a network effect is present, the value of a product or service is dependent on the number of others using it". More precisely (for a positive effect): each new user increases, if only slightly, the value of the service for all existing users. Since I have been having a minor spot of trouble with a Bitcoin wallet provider, I have unfortunately realized that this network effects exists rather dramatically for financial services in the following obvious sense. If the remote and electronic financial service provider denies me access to my funds (which, admittedly, it does less frequently than my brick-and-mortar bank) then the immediate feeling is one of distinct discomfort that there will not be a substantial mob in my immediate vicinity to storm the (virtual) bank. Perhaps it matters little that the mob is distributed all over the planet but in this case one remains faced with the issue of (a) finding the other customers; and (b) finding something to storm.

It has been days now and I remain unable to unsubscribe from the Microsoft Azure newsletter and basically their response is to tell me that I should reboot...

My understanding of webscraping is that it is a dodgy practice whereby one populates one's website with content simply retrieved from other sites (normally automatically, by software sometimes called "robots") instead of creating one's own. One interesting case in this regard was eBay v. Bidder's Edge, 100 F.Supp.2d 1058 (N.D. Cal. 2000) in which eBay obtained an injunction against a company that had basically copied the eBay auction content. The legal doctrine of trespass to chattels (possibly not well known in South Africa) applies. The recent Johannesburg High Court battle between News24 and Moneyweb touched on related issues.

This is actually very similar to what we do when we "share" items on Facebook but in that case, at least, it is clear why it happens and there is acknowledgement. What Google has started to do, I think, falls somewhere between these forms of sharing and scraping.

Google searches have been returning more content and more targeted content from the top-rated search result in a special "Here's your answer!" box. 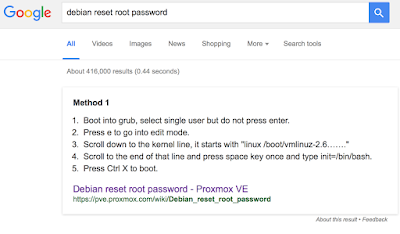 In short, Google Search tries to provide sufficient information to obviate the need for the user to actually visit the website indexed by the search engine. In the long run, this is obviously not really a model for sustaining a rich online environment but I would agree that the legal framework around intellectual property and copyright needs to adapt to the digital and online world. Google is certainly not afraid of murky water, given the rampant unlicensed redistribution happening on its YouTube platform.

It would be interesting to see how long it is before someone sues. French publishers, perhaps?

I got my first robo-call on Viber today – ouch! A disembodied yet recognisably Anglo-Boer male voice wanting to sell... insurance. Please stop! ;-) The best solution is of course to move to a system where users can charge for incoming calls with differential rates.
By / Deur Petrus Geen opmerkings nie:

The US Computer Fraud and Abuse Act applies to YOU

I am researching an article about data and/as crime and the US Computer Fraud and Abuse Act is an important part of this. This Act was passed in 1986 and fairly clearly (then) attempted to limit its application to computers used by the US government or US financial institutions or computers affecting interstate commerce or communication in the USA. At the time, this would have been a very small fraction of the world's computers but if you are reading this online, it now applies to YOU since any device (all of them are computers, really) that is connected to the Internet is assumed to be covered by the definition of scope

‘the term “computer” means an electronic, magnetic, optical, electrochemical, or other high speed data processing device performing logical, arithmetic, or storage functions, and includes any data storage facility or communications facility directly related to or operating in conjunction with such device, but such term does not include an automated typewriter or typesetter, a portable hand held calculator, or other similar device;’

in the Act.  But it was clearly the intention of Congress to exclude devices in everyday use by the public and I think it would have been consistent with this wording to now restrict the Act's application to ‘high speed’ devices by which one would mean a small subset of general purpose computing devices.

To be clear: if you access someone's iPhone without there permission, you are committing a felony in the USA because that device is a ‘protected computer’ under this act. It specifically applies to anyone who ‘intentionally accesses a computer without authorization or exceeds authorized access, and thereby obtains... information from any protected computer.’ The sad case of the late Aaron Swartz who was arrested at MIT for downloading academic papers involved this (now) draconian law.
By / Deur Petrus Geen opmerkings nie:
Nuwer plasings Ouer plasings Tuis
Teken in op: Plasings (Atom)